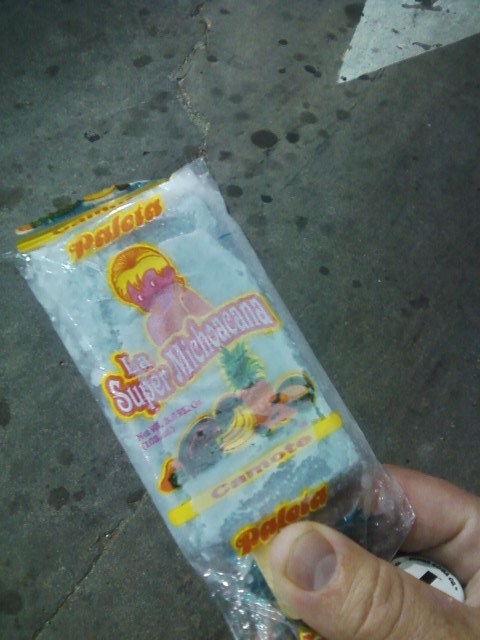 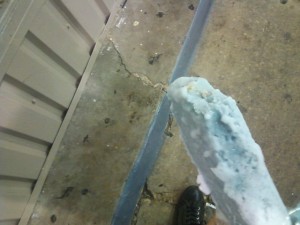 There I was, browsing through a convenience store off Cesar Chavez BLVD, when I came across this unusual flavor of paleta. A consultation with a handy smartphone translated the flavor, camote, as “sweet potato.”

At first, one might think that blue is an unusual color to represent sweet potato. Then you might think that potatoes of any sort are an unusual flavor for an icecream novelty. It brings to mind the curious habit of Eastern cultures to make beans a desert food. But the flavor was even more refreshing than what you might expect from a more conventional fruit popsicle. It was sweet, but it had a certain savory heartiness at its root, and there appeared to be actual pink flakes of sweet potato embedded in the paleta’s icy core.

It may not be as good as the rice flavor (the arroz paleta, which has actual pieces of rice and sometimes raisins too) but I would probably buy this flavor again if I came across it. 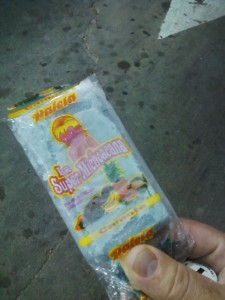