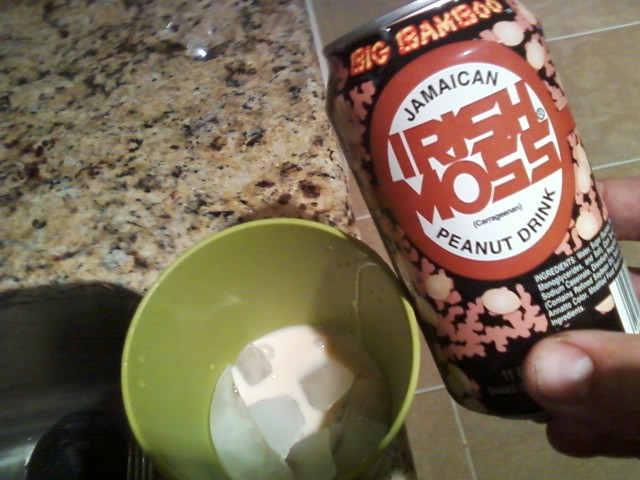 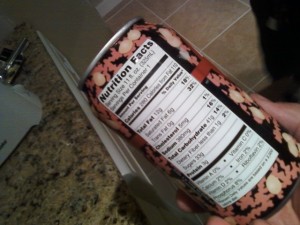 The first thing you notice about the Irish Moss Soda is that there is no moss in it. At least non visible. There is however a creamy, thick, slurry of peanut flavoring. It tastes exactly like a third cup of Peter Pan PB with a half cup of milk added to it.

We know this isn’t actually what it is, because the total calories for a can of Irish Moss Soda, while astonishingly high at 280, is less than what you would get with that combination.

It’s more likely a quarter cup of peanut butter and about seven fluid ounces of skim. 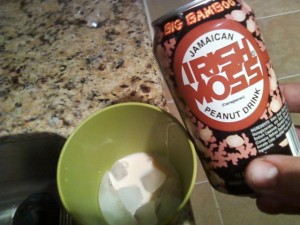