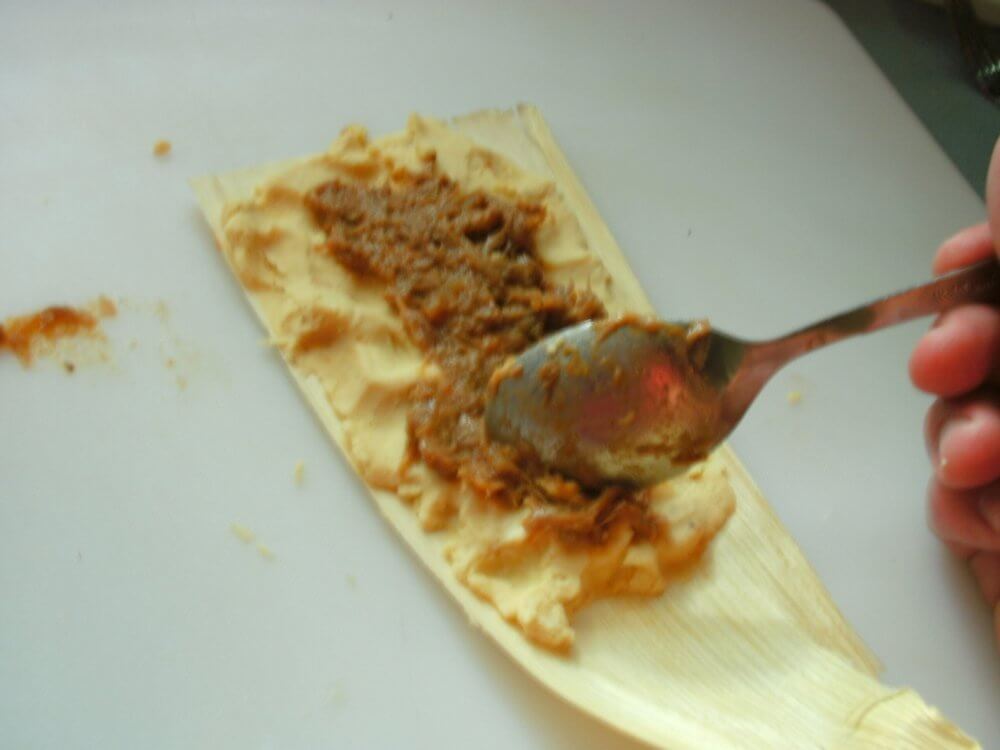 The great thing about tamales is that they’re the gift that keeps on giving. With a couple of dollars worth of low-grade pork, and pennies worth of spices, cornmeal and corn husks, you can make a pile of tamales which will keep in the freezer forever. 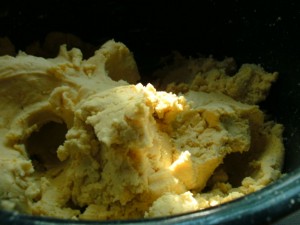 The trick to making a really good tamale, is you don’t throw away any of the fat. You start with some low-grade stew meat, or if you’re a traditionalist, the entire head of some unsuspecting livestock, and you crock pot it until the meat, fat, and bone, all go in their separate directions.

The fat can be skimmed off and added to the masa, the corn meal. You can make the masa from scratch or from a mix

, but in non-drought times you can usually find this in the store, pre-mixed with lye and all the other tasty additives for a very reasonable price. I got a two-pound bag for a buck. 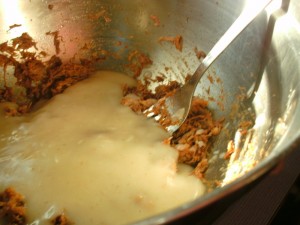 Then you can add the usual chili powders and salt to the meat. The broth left in the crock pot should be turned into a gravy and added to the meat. 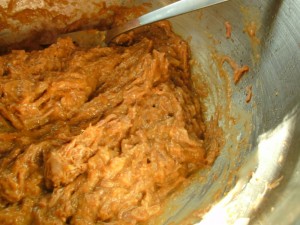 Mixing up the pork

Then it’s just a matter of rolling up the tamales in corn husks and steaming them. Even without really trying you will probably end up with way more than you bargained for. That two-pound bag of masa will swell in the steam. 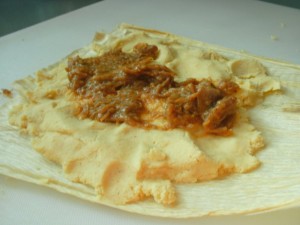 A pile of pork and mush

Leftovers should either be frozen or given away to friends, family, and coworkers. 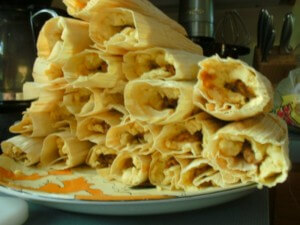