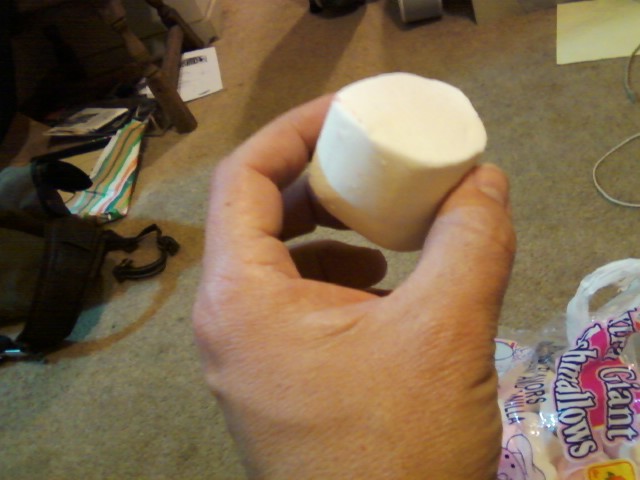 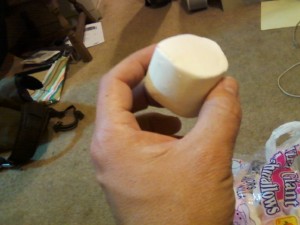 The giant bag of giant marshmallows took a place of honor on the counter of the office kitchen, and was devoured completely within days. I would estimate that I ate no more than 45% of the bag.

They appeared to be from a Mexican food producer, putting a lie to the myth that North Americans are the ones eating all the marshmallows. And certainly the North American varieties rarely have flavoring, a giant missed opportunity in my book.

When looking at this picture, keep in mind that my hands are quite large.