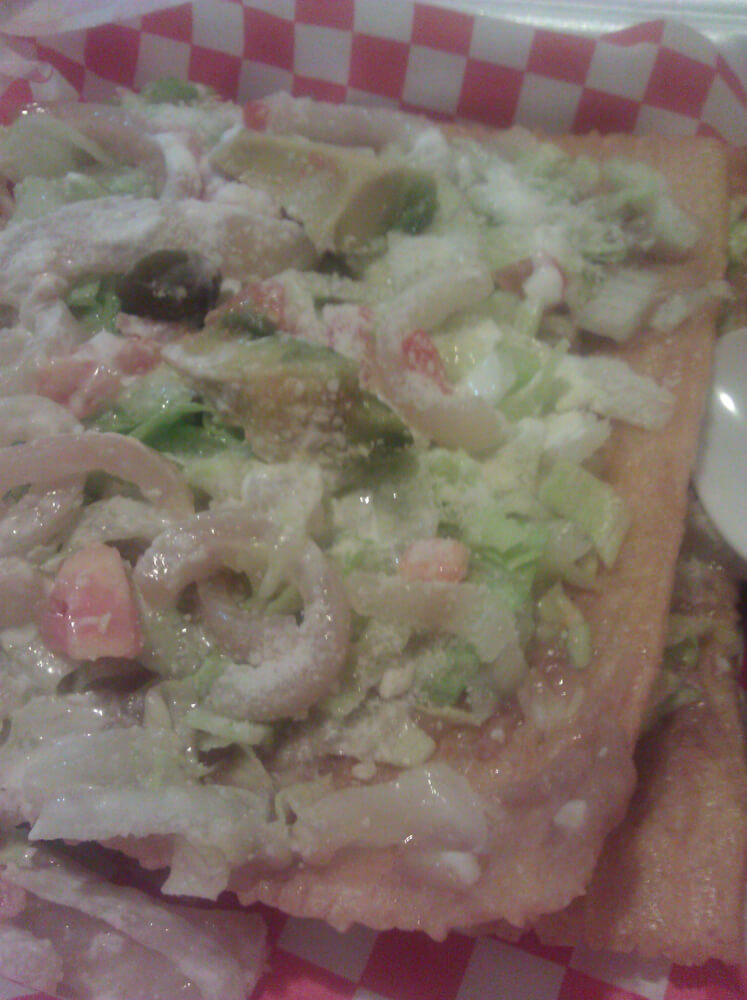 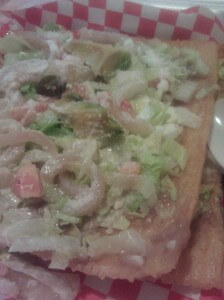 I haven’t stopped exploring the menus of the fruit cup stands down on Riverside. One of the standard options on the non-fruit side of their menus is chicharrones preparados. Reading the name, I initially thought that this food would be a pile of fried pork skins topped with beans, cream, and other delicious garnishes. But it turned out to be the other meaning of chicharrones, the general sort of crispy thing usage. In this case the chicharrones preparados was a sheet of crispy-fried flour, not unlike duros, the fried crispy wheels. And on top of that sheet of chicharrones was piled all the beans, lettuce and cream that I was expecting. 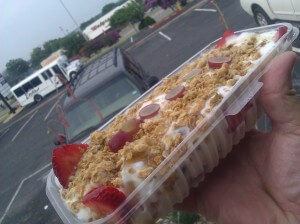 The other recent experiment with the fruit cup stand was the bionico. This was a pile of fruit, strawberries, bananas, and apples, served in a mash of yogurt, honey, and granola. When you order it in the 32-oz size, it comes in a heaping trough. On a hot Texas day it’s surprisingly refreshing.